Chansonetta, or Netta as she was commonly called, studied for a year or less at Western Maine Normal School in Farmington, Maine. Realizing that she preferred the life of an artist over that of a teacher, she taught art in local schools just long enough to fund her move from Kingfield, Maine to Boston, to study art.

In Boston she studied with several prominent art instructors. One of the most important was Alice Beckington, who taught her the art of creating miniature portraits, using watercolor paints on ivory. Netta continued that art throughout her life. The instruction she received later applied to her painting color onto the small 3″ x 4″ glass slides of some of her finest photographs.

There is much more to tell, of course, including the death of Netta’s husband, James, when their daughter Dorothy was only 7 years old. (James was 41, Netta was 40.) 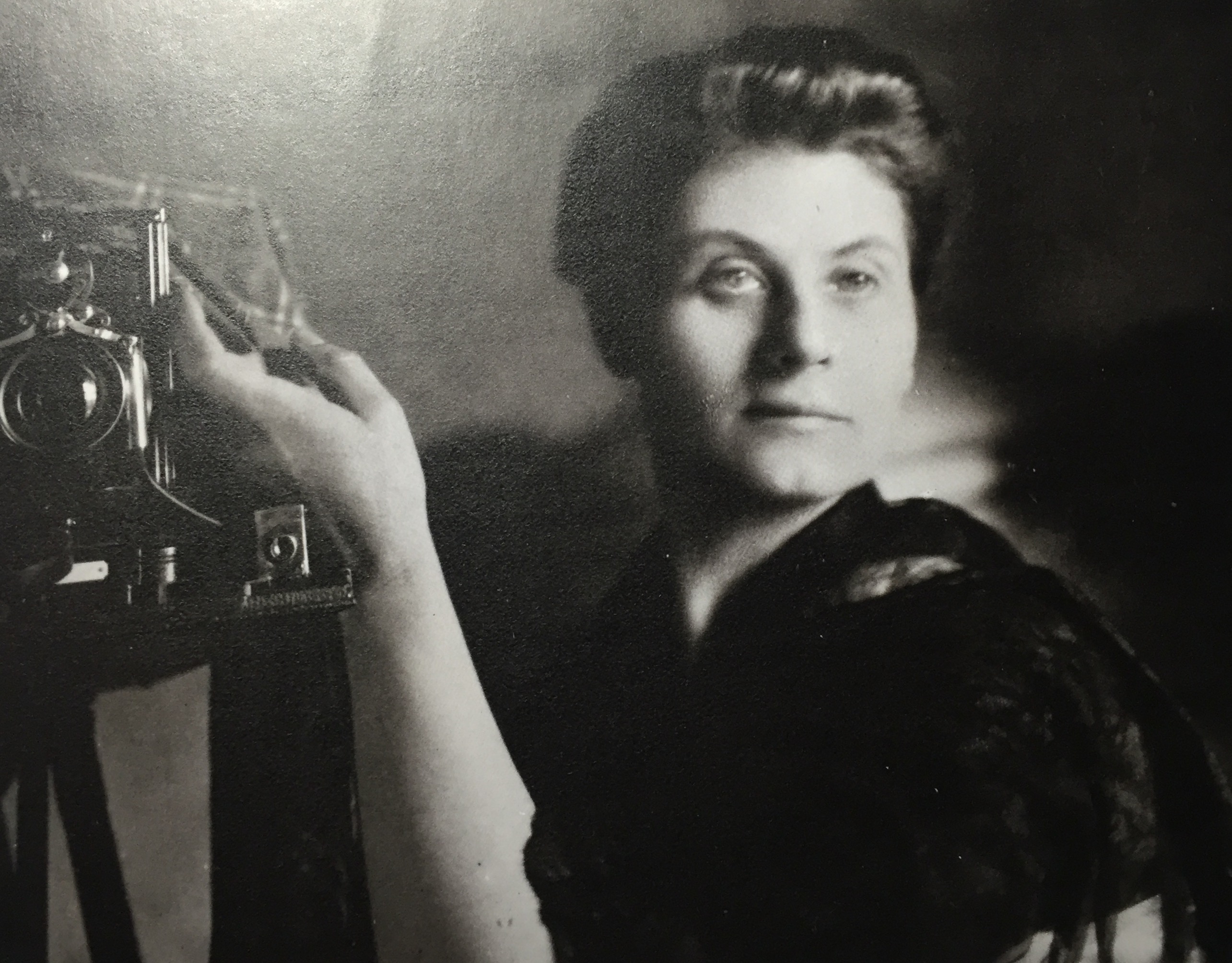 Living in and around Boston as an adult, she witnessed first hand how the Industrial Revolution changed the very way of life for many US citizens – altering modes of transportation, communication, and all ‘improvements’ surrounding the wide use of electricity. Recognizing that the world she knew as a child was slipping away, she photographed scenes of family and friends, her “dear old folks” in and around Kingfield, Maine, while they posed with farm and home tools that had been commonly used for many generations. Her work captured for us their way of life that was fading before her eyes.

She and her daughter Dorothy traveled with their ‘Magic Lantern’ slide shows in the mid-1920s, adding to their meager self-generated income. (Netta and Dorothy were primarily supported by Netta’s brother, Freelan and his wife Flora. The identical Stanley twins, Freel and Frank as the family called them, made their fortunes with the production of photographic glass dry-plates using machinery that they invented. They also invented the “Stanley Steamer” automobile, which created their fame if not their fortune.)

My purpose in telling Chansonetta’s story is to familiarize people with her background and her artwork, specifically the extraordinary photographs of her birthplace, Kingfield, Maine. It was a place she cherished, and an era she immortalized through her camera lens.

My version of Chansonetta’s story is set in 1925, at the time that Netta and her daughter Dorothy were making the rounds, showing their hand-colored glass slides to various groups. (They ultimately hand-painted details on more than five-hundred 3″x4″ glass slides.) This storytelling tells some details of her family and her life. It includes a slideshow of a small sample of her slides, as well as photos of family members. It is most appropriate for ages 14 through adult.

[All of my historic characters are presented in first person, while dressed in appropriate period clothing. This 35-40 minute presentation is told without notes. It differs from a one-women play, in that only the outline of the story is memorized. The story is a bit different with each telling, often in reaction to the audience. That is storytelling.]